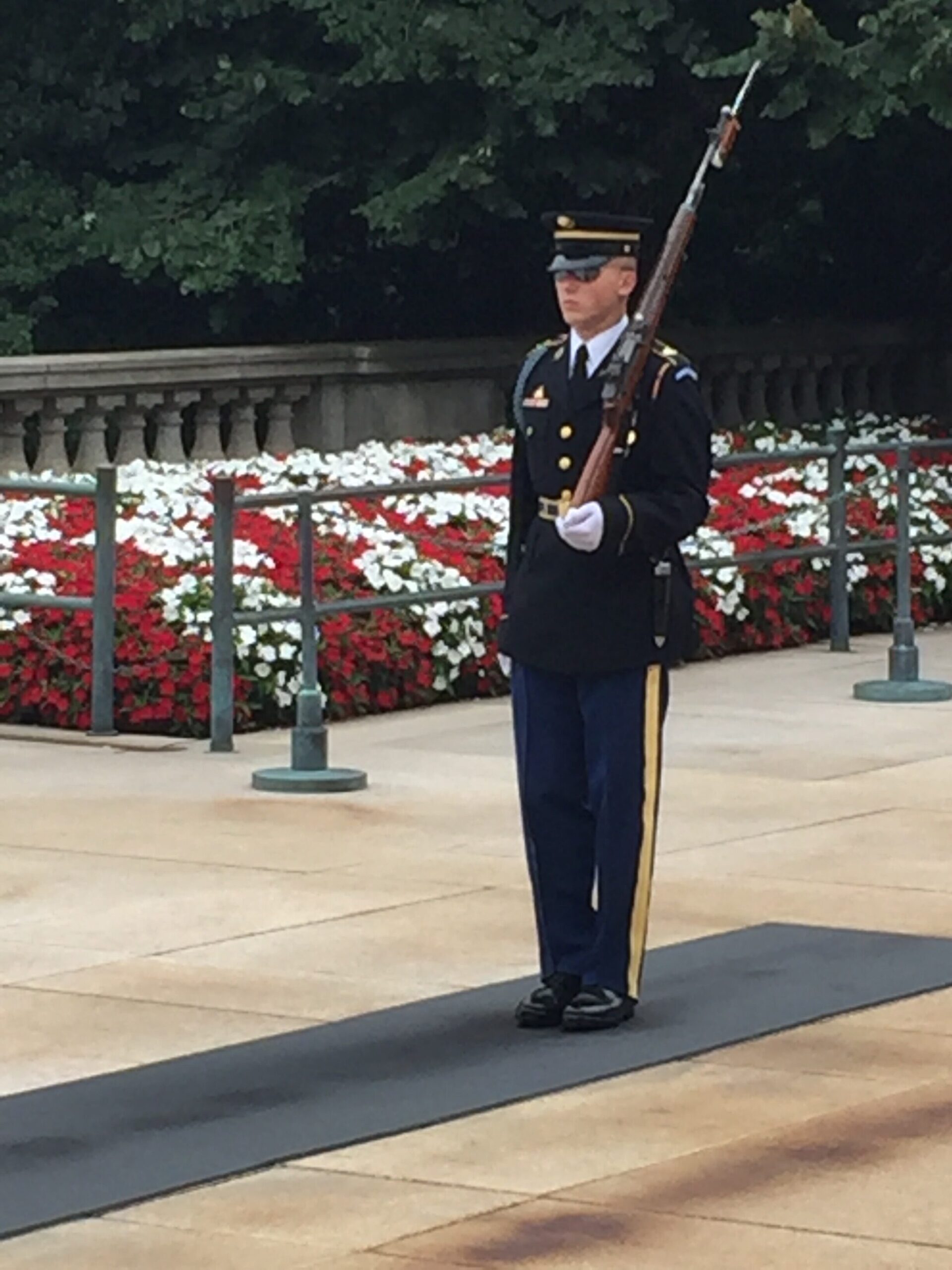 If you have a “Bucket List” – a list of things to do before kicking “the bucket” – going to Arlington National Cemetery on Veterans Day needs to be on it. I do not have a list at this time. However, when I do I will include it on mine – then I will cross it off. I happened to be attending meetings in Washington, DC, and was fortunate enough to have time to visit, but I didn’t stay for the laying of the wreath by the President. When U.S. Secret Service officers were becoming obvious, I went back to the hotel and prepared for my meetings.

After I got off the Metro at the Arlington National Cemetery Station I took the escalator to the street level, and the view was spectacular. The drive is six lanes wide and ends at the Women’s Memorial. Behind it on the hill is the Arlington House, the former house of Confederate General Robert E Lee.

I just stood there and took it all in. I noticed several others as well, simply in awe of where we were. Another thing that actually surprised me was the number of visitors to the Cemetery and the lack of noise. This holy place was quiet. Kids weren’t running around like little banshees, people’s conversations were very reserved, if they occurred at all.

The shuttle driving us to the Tomb of the Unknown was quiet, you could tell many were former soldiers and were struggling to maintain their composure. A young mother and her young baby were carrying flowers out of the shuttle. I did not ask her why she was there; it was none of my business.

As I walked to the Tomb of the Unknown, it was very emotional as I saw many of the more than 400,000 markers for active duty, veterans, spouses and others that are buried on the 624 acres. I thought of my grandfather, H.B. Riza, who as a 22-year-old Army Air Corp pilot flew B-17s from England to Germany 35 times. Or my uncle USAF Col (Ret.) Brad Riza who saw action in Vietnam and I wonder how many of his friends are buried there or are memorialized on a wall not far from where I was.

The Changing of the Guard Ceremony occurs at the top of the hour. I will not go into the intricacies of the ceremony as I could not do it justice. The relief commander marches out to the Tomb of the Unknown, salutes it, and then turns to the visitors, introduces himself, declares himself a member of the Army’s 3rd Infantry Regiment and explains what you are about to see, and requests that you remain silent and standing. It is a ceremony that is as precise as anything you’ve ever seen before, performed that exact way every hour of every day, no matter the weather. The weapon of the sentinel is always on the shoulder nearest the visitors, to signify they stand to protect the Tomb from any threat.

Our veterans that served in all conflicts deserve our utmost respect. Many in our families served in WWII and every conflict since. As we celebrate this day, I hope you would at least reach out to your family members that have served and simply thank them for their service.

Most that know me will tell you I am not an emotional person, and because I was by myself on this particular Veterans Day, that reputation will continue. If you have any opportunity at all to visit this sacred site, please do. Take your time to take it in and watch the ceremony. You will be deeply moved by it and you won’t be the same person.